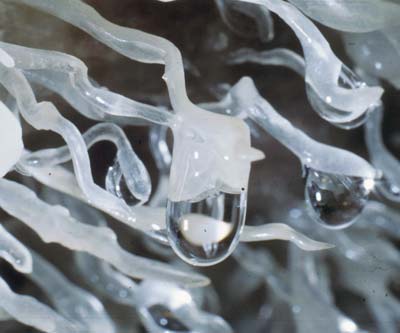 Caves are a unique and very special part of our natural environment. Because of their slow and gradual formation over many thousands of years, fantastic passage shapes develop, breakdown occurs, sediments are deposited, beautiful calcite formations build up, and various creatures find a home. To be the first to enter such a place is an experience unlikely to be forgotten but unfortunately one that only a few people will be privileged to have.

The maintenance of these features in as near a natural state as possible is what conservation is about. Their deterioration can only detract from the pleasure of going underground. The CNCC (Council of Northern Caving Clubs) publish a set of guidelines for the protection of the underground environment here.

Here are a few guidelines compiled by the sports national body:

Different caves have different rules both for obtaining access and for the correct way to behave in the cave. These rules are designed to help with cave conservation and every caver should support this aim by following any guidelines. Group leaders should make certain that the whole group understands and follows any guidelines.

All cave entrances are on land belonging to someone. Sometimes cavers have special access arrangements with statutory conservation bodies, but more often we rely on the good will of the land owner. Always remember that the land owner has the right to deny access; respect their privacy and comply with any access conditions or risk losing access for all.

Cave with care and within your abilities

A moment of carelessness, perhaps caused by fatigue, can ruin formations and sediment deposits that are thousands of years old. Always look before you touch or tread. When leading others, your planned trip should be appropriate for the capabilities of the group. Remember, caves are a place to pass through in awe and wonder. They are not an assault course.

It is sometimes tempting to touch formations because they look so inviting. This should be avoided because the formations will be soiled. It should be remembered that formations are not always made of pretty crystals; they may be mud, sand or rock and all should be treated with the same respect.

Recommended routes may be marked or sometimes whole passages may be taped off to protect formations, items of scientific interest or simply to preserve untrodden areas of cave for future generations. Stay on the correct side of the tape, keep to the route and if in doubt, don't proceed.

Protect cave wildlife and do not disturb bats

Many creatures live in caves and often go unnoticed by passing cavers. The environment is fragile and care must be taken not to disturb it by, for example, dropping food or polluting water. Bats are among some of Britain's most endangered species and are given special protection in law. If seen in a cave they should be left alone and passed as quickly and quietly as possible.

Do not pollute the cave, leave nothing behind

Except under exceptional circumstances, nothing that is taken into a cave should ever be left in. Take out all litter, food and waste. Because of the toxic waste produced by carbide lamps electric lighting is preferred.

Archaeological and other remains should not be disturbed

The cave environment often contains important palaeontological and archaeological remains. These may include industrial and pre-industrial artifacts. They should not be disturbed and only investigated by competent specialists.

One way to pass on good conservation practices to others is through education and setting a good personal example. Be responsible, show an interest and understanding of caving and demonstrate cave conservation in action.

Take nothing but photographs

Nothing, except for litter left by the careless, should ever be removed from a cave. Broken formations and other geological specimens including rocks should be left untouched.

Do not interfere with scientific equipment

To study the cave environment it is often necessary to leave expensive and fragile equipment underground. Disturbing this may damage the equipment and destroy valuable work.